West Ham has an interesting relationship with the boot-shaped peninsula that goes back decades.

As the international break comes to a close, many Hammers will be returning back to London after representing their home nations this past weekend. One of these players is defender Angelo Ogbonna who joined the club in 2015 from reigning Serie A champions Juventus FC. However, Ogbonna isn't the only Italian on the current West Ham squad; national teammate Simone Zaza also made the move this past summer on a season-long loan - coincidentally, also from Juventus.

The First Team currently boasts two Italian internationals, but this isn't the first time the club has looked to the boot shaped peninsula for talent. Since the late 1990's West Ham has had a continuing history of signing Italian born players. Ironically, you can argue that one of the club's most recognizable strikers came from Italy (you all know who I'm referring to). So as we prepare for the game against Crystal Palace, Brace The Hammer takes a look back at West Ham's unique connection with Il Bel Paese.

One cannot talk about West Ham's partnership with Serie A and not mention the highly talented and always controversial Paolo Di Canio. The Italian made the move to East London from Sheffield Wednesday in January 1999, signing with the Hammers for £1.5 million. In 118 club appearances, Di Canio scored 48 goals the first coming on February 27th 1999 against Blackburn Rovers. 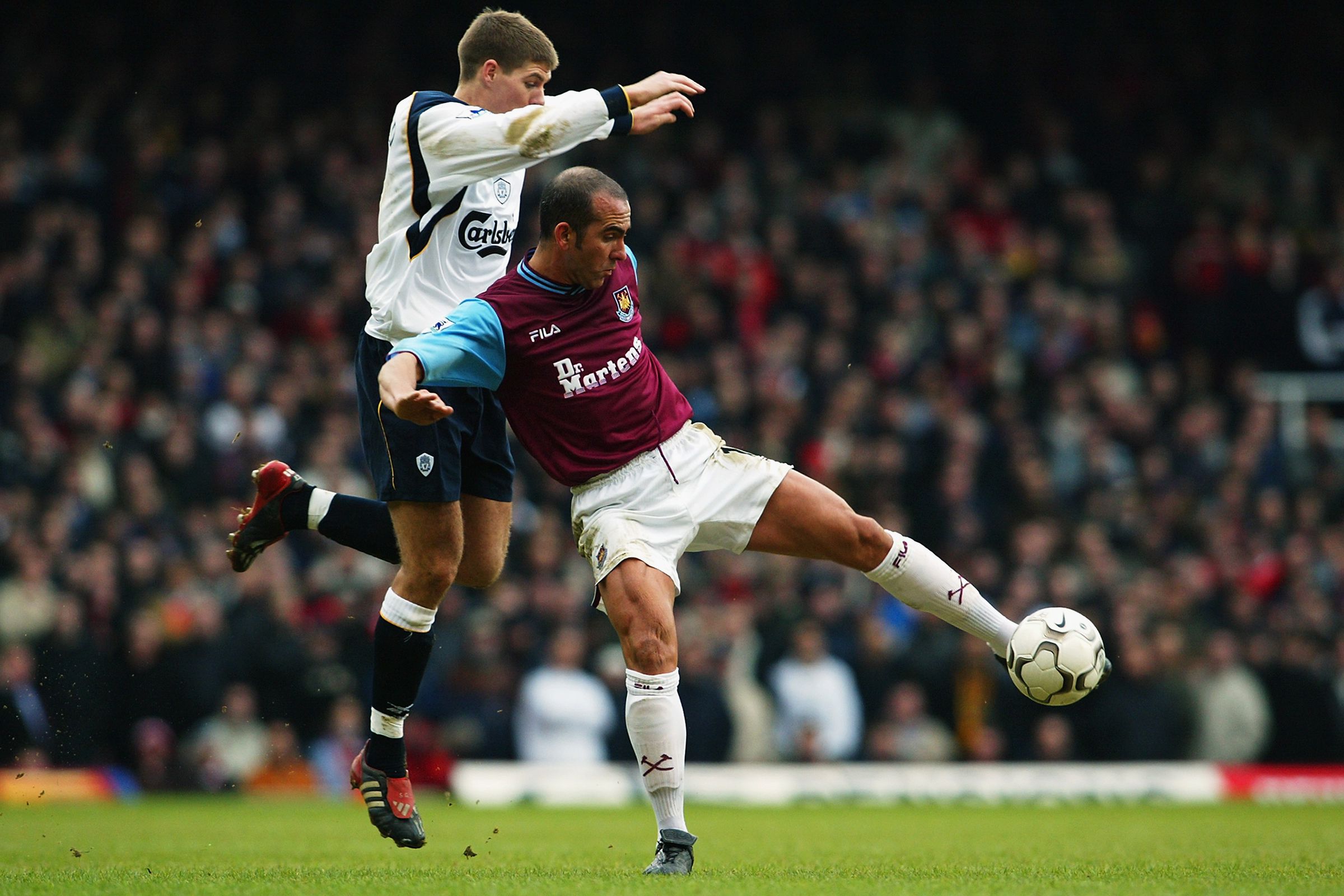 Out of those 48 goals, Di Canio was able to provide many memorable moments for the Claret & Blue, however one stands alone. The goal scored against Wimbledon on March 26th 2000 from a flying volley has been recognized as one of the greatest goals in Premiership history. That goal signified Di Canio's place amongst the West Ham faithful, voted as Hammer of the Year for that season by the club's fans.

By 2003, after encountering a number of problems with upper management, the temperamental Italian was released from the club laying the foundation for future Italians to join the boys in East London.

By the late 2000s, a number of Italian players followed suit but none of them reached the same notoriety that Di Canio did with the fans. Names like David Di Michele, Alessandro Diamanti, Antonio Nocerino, and Marco Borriello all made their way to Upton Park most of them on loan.

You could argue that Diamanti was up there, voted runner-up as Hammer of the Year for the 2009-10 season but come on. His 7 goals in 28 appearances doesn't even come close to Di Canio's legacy with the Hammers.

Management also tried the Italian thing for a while, signing Chelsea FC legend Gianfranco Zola as manager in 2009. Zola became the first over-seas manager for the club; however, he only lasted two seasons before management reached a settlement with him, immediately being replaced by Avram Grant.

After Marco Borriello's disastrous departure in 2014, the club has only picked up Angelo Ogbonna and recent loan-signing Simone Zaza both from Juventus. Ogbonna has made a more consistent presence with the club, signing a four-year contract for €11 million to be spread over the next couple of seasons (Zaza's another story).

Based on previous signings, it would be safe to assume that our beloved East London club will continue to partner with Turin based teams in hopes of acquiring Italian talent for the long term.

Unfortunately, most Italian born players (minus Di Canio, Diamanti, and currently Ogbonna) have been signed on short-term spells, more often than not failing at the club.

West Ham currently finds themselves in a tough situation with Zaza. The Sun Football recently reported that if the loaned Italian plays 10 more times, the club will be obligated to pay him €20m signing him on a permanent basis.

The major question is whether or not management really wants to invest that much for a striker who (let's be honest) has underperformed?

Despite appearing 5 times for the club, the 25-year-old tip-toeing (how can we ever forget about that) striker has yet to score a goal for the struggling Hammers this season.

Only time will tell with Zaza, but West Ham's unique relationship with the Italian Peninsula has been an interesting one to say the least. From an iconic temperamental striker who cemented himself as a West Ham legend to a young forward who has yet to show his true colours, The Hammers fascination with Italy is bound to continue moving forward.