Relax East London: West Ham will turn it around

Four points from 7 matches doesn't scream success but the sky isn't falling. Trevor Criswell thoroughly dissects the state of the organization and what we can expect going forward.

Share All sharing options for: Relax East London: West Ham will turn it around

To say West Ham United entered the season with high expectations would be an understatement. After last year's stellar season, the great start to the Slaven Bilic regime and Dimitri Payet's incredible Euro run, fans came into the season optimistic as the team moved from the Boleyn Ground to the new London Stadium. With much fan-fair and plenty of media coverage, both good and bad, the Hammers were trending up after a summer that saw plenty of new signings, even if the side missed out on a 20-goal-a-year striker.

To be blunt, the season has started with a whimper - which some may argue is a kind assessment - as there have been no real indications that this side, in current form, could legitimately challenge for a European spot. If the season were to end today, the Claret and Blue would be relegated based on goal differential; good news is that the season does not end today and the team have nowhere to go but up.

Let's start with a (quick) recap of West Ham's short run in Europe. Opening with a 2-1 loss to Domzale, the Hammers rebounded with a 3-0 win to face last year's nemesis Astra Giurgiu. Again the Hammer's went out to the Romanians, falling at home 1-0 after tying the first leg 1-1. Not qualifying for the greater competition may be a blessing in disguise as the team has yet to hit any real form in the Premier League.

In the Premier League, the Hammers have four points from seven fixtures, one win, one draw and five losses. It's not a stretch to say that no one really expected this start, so let's break down how the team has faired by positon:

This play also pretty much sums up the back four. Now, to be fair, the Hammers haven't been able to play a consistent back four all season with James Collins, Winston Reid and Angelo Ogbonna (and sometimes even Harvard Nordveit) rotating in and out of the starting line-up due to fitness concerns and the left and right back positions unsettled due to injuries.

At right back, after the Michial Antonio experiment ended, it looked as though Sam Byram would step into the fold. But, his shaky performances and this past week's injury, has left the position to new signing Álvaro Arbeloa, who looked the part against Middlesbrough. The side came into the season knowing the right back spot would be an issue (hence the Antonio experiment), but, there have been other issues that have seemed to exacerbate the weakness there.

Aaron Cresswell had been the starting left back for the past two seasons, providing stability at the back and going up the field. The former Tractor Boy has become a fan favorite, with many clamoring for him to get a call up to the national side. However, the stability he brings was lost as Cresswell got injured in pre-season. The collective groan heard throughout the fan-base was eased with the signing of French international Arthur Masuaku, who was a serviceable replacement until he, too, got injured. Couple the unsettled right and left back position with the aforementioned fitness concerns of the starting center backs and you have seen disaster, with West Ham conceding 17 (17!) goals in 7 games. Clearly, the state of the defense is unsettled at best and a shambles at worst. 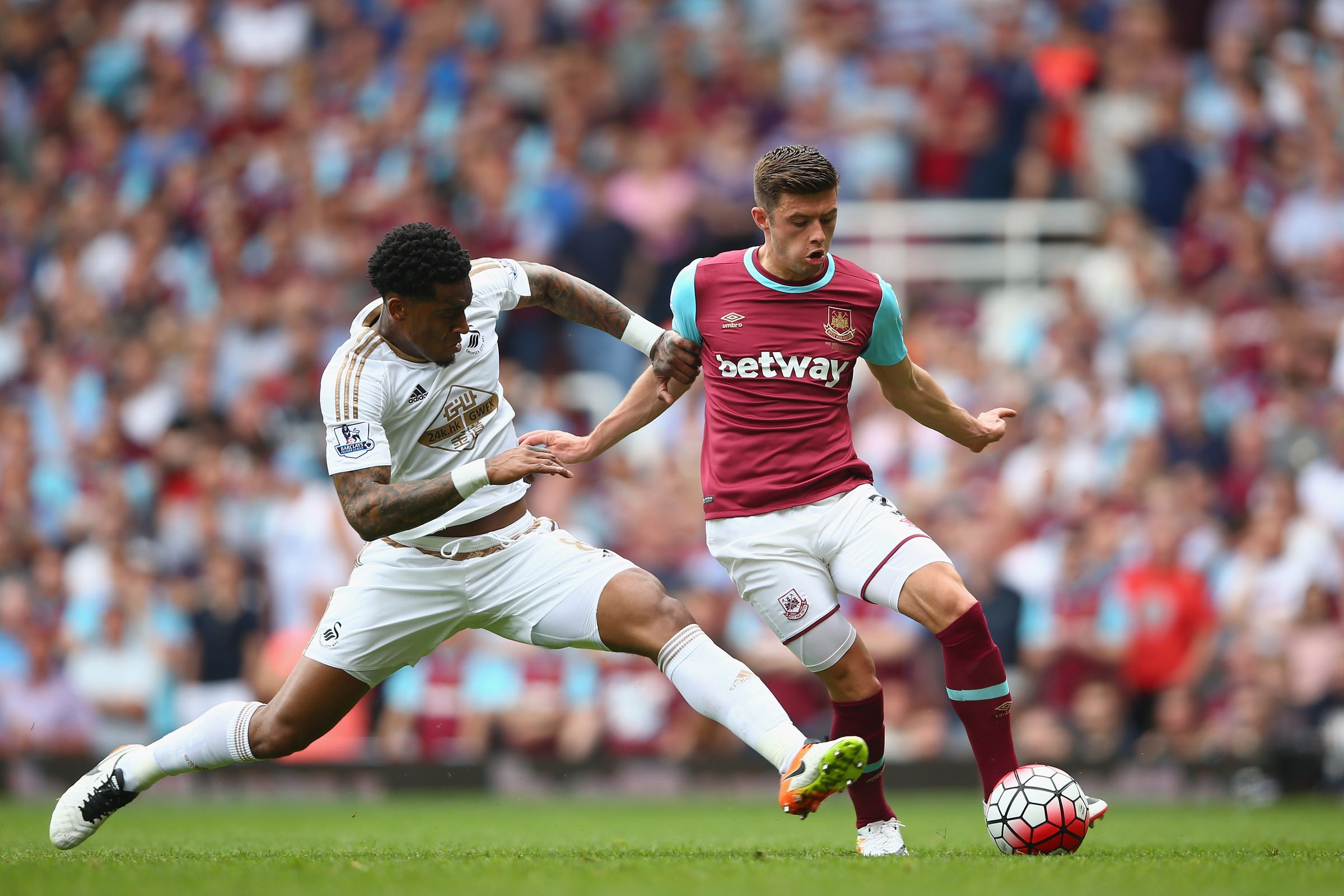 Next up, midfield, where there seemed to be little question and with reinforcements arriving over the summer, looked to be only getting stronger. But, in fact, (much like the rest of the team thus far) there has been little positive play, especially through the middle. To be sure, Antonio's season has been stellar, which the Englishman earning his first cap after netting five goals. Payet has provided his usual spark (including an absolutely stunning solo effort against Middlesbrough) and Manuel Lanzini also providing positive play. However, what of the others? Mark Noble, the ever-reliable midfielder, has not played at as high a level as he had last season, being subbed off frequently. Cheik Kouyate seems just a step off fitness, while Pedro Obiang looks to have finally provided some stability this past weekend. As for the new boys:

Harvard Nordveit: has been fine, played both defense and midfield but hasn't really made a claim for consistent playing time.

Gökhan Töre: Has become the target of fans wrath, that's all you need to know (apparently he is also out of action for the next month or so). 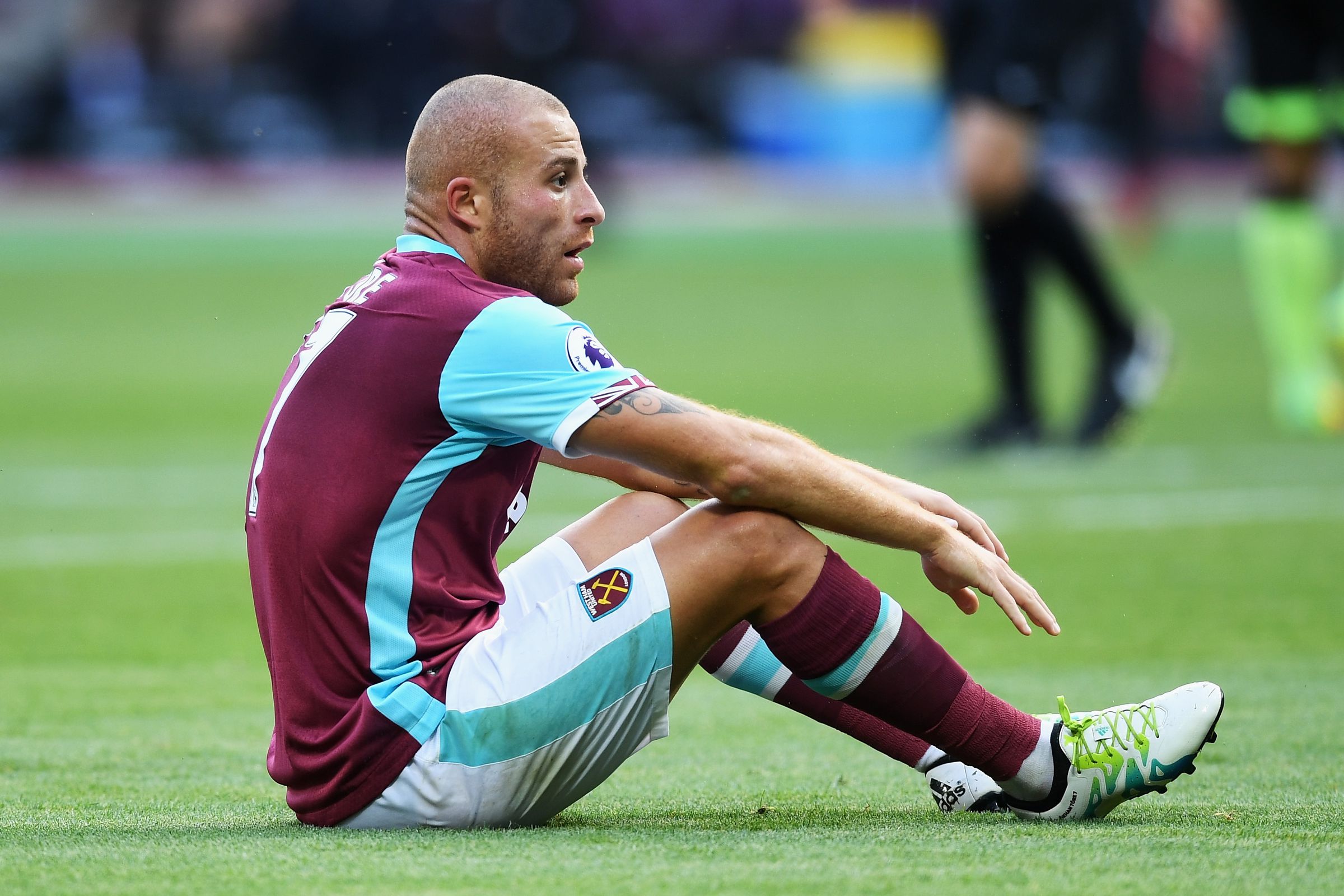 André Ayew: Injured against Chelsea on his debut.

Sofiane Feghouli: Injured early in the season and has shown some flashes.

So the midfield, on the wings, has been solid, but the boys in the middle have not been able to provide necessary stability.

While the other positons can probably be fixed with a mixture of personnel changes and injury recoveries, the forward position is, and has been, unsettled. Over the summer the Chairmen made it a mission to find a 20 goal a year striker and...seem to have come up short. The strike force this season hasn't been up to par with the exception of exciting young talent Ashley Fletcher (who, in this author's opinion, should be getting more playing time). Simone Zaza, brought in from Juventus on loan was supposed to be the man up top, but has thus far flopped. Andy Carroll, who claims he's the club's 20 goal a year striker, is out yet again through injury. Diafra Sakho failed a medical and West Brom and hasn't played a minute this season, though is on the road to recovery. Let's be clear here, the club have not found any stability up top with even Antonio getting a cameo appearance. Attacks evaporate leaving an undo burden on the creative play of Payet and Lanzini.

Devastated about my recent injured but I'm still the 15-20 goal man! #COYI

Whew! It feels like it is all negative in this column, and to be honest, there has not been too much to cheer for this season. However, there are bright spots here and there and the team on Saturday looked as though they could be turning the corner. The state of the team is down, but certainly not out. A mixture of the new stadium with heightened expectations seemed to cause some nerves. The biggest concern has to be the defense and I think I speak for everyone when I say every opposition counter attack looks exceedingly dangerous. Getting Cresswell back from injury will be big, as playing a consistent back four will settle the side. The midfield is coming together with Obiang looking the missing piece. It will actually be interesting to see Carroll come back to see what he can add, maybe he is that missing piece and will provide those goals. All he has to do is stay out of the treatment room.

I have to say, writing this has not been fun, as there have been few bright spots, but there seem to be better days ahead. And if there aren't, January might be an interesting month...